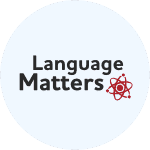 Let’s Try and Understand Try and

Much ink has been spilled on the subject of the construction try and followed by an infinitive. Grammarians have long debated whether it is correct or whether it is to be eschewed in favour of try to. In his 1926 work A Dictionary of Modern English Usage, Henry W. Fowler says, “Try and is an idiom that should not be discountenanced, but used when it comes natural.” On the other hand, in their 1947 work Usage and Abusage. A Guide to Good English, the lexicographers Partridge and Greet criticize it, calling it “An astonishingly frequent error.” Such contradictory prescriptions can be confusing and also raise a number of questions. Is it acceptable to use try and? Does its meaning or use differ from that of the very similar try to? Let us wade into the fray then and attempt to shed some light on this peculiar idiom.

The main objection to try and is that it is ungrammatical. The argument goes that a verb in the infinitive should be preceded by the preposition to rather than the coordinating conjunction and. A related objection is that precisely because and is a coordinating conjunction, it implies that there are two different and separate actions being undertaken. To try and do something then is not only ungrammatical but also illogical.

However, these objections do have certain shortcomings. For one, there are numerous instances in English in which an infinitive verb is not accompanied by to. (Think of phrases such as I saw her fall or I heard him speak.) The assertion that an infinitive requires to is based on an incorrect analogy with Latin.

It is worth noting here that try and is by no means a recent linguistic innovation. Its use dates back several centuries and even appears in classic literary works.

They try and express their love to God by their thankfulness to him.

Nor did Dobbin try and convince him that Amelia’s happiness was not centred in turtle-soup.

So as for the claim that try and is illogical, it is enough to say that while very unusual, try and is nevertheless a well-established English idiom. Certain allowances are made for idioms and their overall meaning does not necessarily have to correspond to their individual components.

While some might still object to try and, there is nothing inherently incorrect or illogical in its use.

So what is the proper context in which to use try and? Are there any instances in which try to is preferable to try and or vice versa? Try and does indeed have certain limitations. Most notably, try and cannot be used with the inflected forms trying, tried or tries.

We try and leave after traffic is finished.

Not *We tried and leave after traffic is finished.

Not *We are trying and leave after traffic is finished.

He tries to go to the gym every day

Not *He tries and go to the gym every day.

Nor can try and be split by an adverb or negative in the way try to can.

Not *Try harder and remember.

Try not to cry.

Not *Try not and cry.

There is also a subtle difference in meaning between the two constructions. Try and implies encouragement and a greater possibility that an act will be carried out. Try to places the emphasis on the act of trying, whereas by separating both verbs, try and also emphasizes the second action (i.e., the hoped-for outcome). As a result, it is frequently used for emphasis or in exhortations.

As many an exasperated parent knows, try and can also be used to convey defiance.

Try and make me!

Research on the subject has shown that try and is far more common in British English than in American English.1 Moreover, whereas in the former, try and is standard in both spoken and written contexts, it is viewed as a colloquialism in the latter. As a result, many American style guides suggest confining try and to spoken language and advise against its use in formal writing. (Nevertheless, try and continues to appear in American print publications. This can perhaps be attributed to a growing desire among some writers to adopt a more informal writing style or to shun prescriptivism.) It is also worth noting that try and can be particularly jarring for non-native speakers, who often view such an idiosyncratic use of the conjunction and as an error.

Try and is a well-established English idiom and its use is legitimate in the appropriate context. It is worth considering that it is often perceived as unusual or incorrect by non-native speakers and that many North American style guides still recommend that its use be restricted to spoken language, advising against its inclusion in formal writing. So feel free to use try and when communicating with family and friends, but play it safe and stick to try to when penning your next essay or article.

The wild theme continues in this month’s Word Stories. We examine two remarkably similar beasts that hail from opposite corners of the earth: the African plains and the highlands of Asia.

As a user of Antidote, you might have wondered how to cite our dictionaries and guides in a reference.