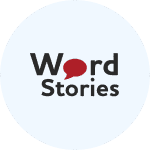 With autumn just around the corner, students are heading back to school. Most of them will already be familiar with the theme of this month’s Word Stories, since plus,  minus and equals are rudimentary components of any curriculum. However, the subject of the words themselves is rarely covered: how did these basic operators get their names? And what about their symbols? We’re more or less certain that you didn’t learn this in school.

In Modern English, the small word plus can belong to at least four syntactic categories: adjective, preposition, adverb and noun. Historically, all forms of the word derive from its use as a preposition, meaning “with” or “added to”. This is attested in early Modern English around the sixteenth century in contexts of commercial calculation. Later uses of plus as a noun, adverb and adjective are attested in print, respectively, in 1579 (in an “arithmetical military treatise” titled Stratioticos), 1747 (in a quote by the American polymath Benjamin Franklin discussing “plus” and “minus” electrical polarity) and 1756 (in the compound plus-expence, meaning “supplementary expense”).

The association between the word plus and the symbol “+” was made at an early stage. A number of seventeenth-century arithmetic and algebraic manuals establish the convention in clear terms. In manuscript form, an earlier attestation may be found in the mathematical works by Nicole d’Oresme (c. 1323–1382), appearing to reveal the true origins of “+”. It serves as a calligraphic modification of the Latin conjunction et (“and”), probably from the elision of the letter e and a slight reduction of the cross formed by the t.

As for the preposition plus, it comes from the Classical Latin plus (from the Old Latin *plous “more”), where it acts as a suppletive comparative form of multus “much, many”. The genitive singular form of plus—pluris—has provided the root for the English word plural (via Latin adjective pluralis “plural”, then Old French plurel “plural”), as well as for its derivatives: plurality, plurally, pluralism, pluralist, pluralistic, pluralize and pluralization.

Minus comes from a Latin word of the same form, the neuter of minor “lesser, smaller”, the suppletive comparative form of parvus “small”.

In Modern English, minus can belong to at least three syntactic categories: preposition, adjective and noun. A verbal sense, meaning “to reduce, remove”, can also be encountered in literature and journalism (e.g. to minus an offer; to feel minussed, diminished). Historically, all forms of the word in English derive from its use as a preposition, meaning “without, removed from, subtracted to”. It is sparsely attested in Late Middle English in contexts of commercial calculation.

The origin of the subtraction symbol itself, “−”, is disputed; it may be the result of a shorthand symbol used over the letter m (for minus) or any given quantity, and used to signal subtraction.

In Classical Latin, the adjective aequalis can mean “similar, comparable, equivalent, uniform, unvarying in quantity, quality or energy”. It stems from a simpler adjectival form, aequus, which means “level, flat, even”, but also, somewhat metaphorically, “equitable, just” and “calm, unperturbed”. As an English adjective, equal is first attested in 1391 in A Treatise on the Astrolabe by Geoffrey Chaucer, the author of The Canterbury Tales: “A smal croys […] aboue the south lyne, þat shewith the 24 howres equals of the clokke” (i.e. “A small cross above the south line, that shows the 24 equal hours of the clock”).

In mathematics, the equal sign (replacing the phrase “[…] is equal to […]”) or equals sign (with -s, replacing “[…] equals […]”) is written, as every school pupil knows, as two horizontal lines of equal length (=). This symbol appears to be the invention of Welsh mathematician Robert Recorde, whose groundbreaking work The Whetstone of Witte (1557) posits the following writing convention (translated into Modern English):

And to avoid the tedious repetition of these words, “is equal to”, I will set, as I do often in work use, a pair of parallels, or Gemowe [geminated, twin, parallel] lines, of one length, thus: =, because no two things can be more equal.

“Theo is a friend of Jane’s.” This phrase is unremarkable to most English speakers. However, on closer inspection, the sentence actually contains a somewhat unusual feature. It contains two possessive markers, the preposition of and the enclitic ’s, which might seem redundant or unnecessary. The double genitive has had English grammarians scratching their heads for centuries. How did it enter the language? What are its functions and uses? This article will answer these questions and shed some light on this peculiar feature of the English language.

The Difference Between People, Persons and Peoples

English plurals can be puzzling. The plural of goose is geese, but a snake needs to be on the lookout for mongooses. The plural of fish is fish, unless you’re speaking about different species of fish, in which case fishes is also correct.

Of all areas of disputed English grammar, the use of they to refer to a singular antecedent is among the most prominent.