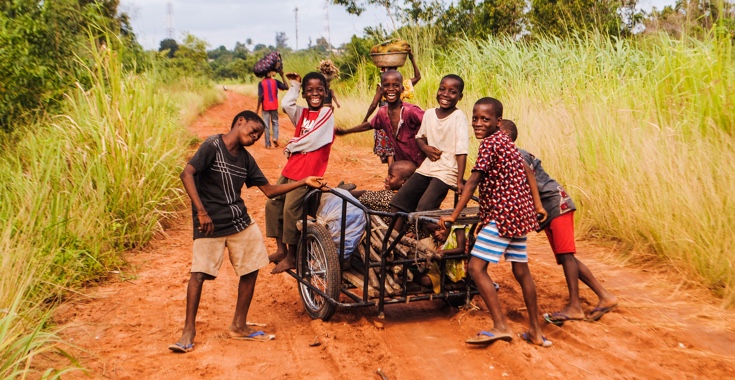 The mission of the Paul Gérin-Lajoie foundation is to advance children’s education in the French-speaking world’s poorest countries. With its school canteens, its educators without borders and its schools, the foundation makes a real difference in the daily lives of thousands of young people in Africa and Haiti. Druide supports the foundation’s work by raising funds through its annual golf classic.

[Montreal, June 20, 2019] — Druide informatique and its subsidiary Éditions Druide recently held their eleventh annual Golf Classic for the Fondation Paul Gérin-Lajoie. The event and the campaign that followed raised $44,000, bringing the total contributions to the PGL foundation to nearly $484,000 since the Druide Classic began.

The money donated this year will allow the foundation to support the three school canteens it established in Mali. Each canteen is run by a committee of women from the community who oversee the purchase of local food, thereby contributing to economic development in the area. They also manage the preparation and distribution of meals to the pupils. In addition, the program promotes gender equality by encouraging parents to send not only their sons but also their daughters to school, as it is often difficult for girls to access education.

The day ended with a pleasant dinner during which Végévora, the winner of Druide’s 2019 Grand Prize for Entrepreneurship, was honoured. Its founders, Marie-Hélène Le Rossignol and Thiago Linares, were able to showcase their delicious Lubia, the first hummus-style chocolate spread available in Canada. The 150 or so guests even tasted this innovative product that can already be found in over thirty locations listed on vegevora.com. It is a responsible alternative, containing no palm oil or dairy, and has half the calories and a quarter of the sugar of traditional hazelnut spreads.

Druide would like to thank all of the participants and donors who once again contributed to the success of this year’s event. The twelfth edition of the Druide Classic will be held on June 2, 2020, at the Saint-Raphaël golf club on Île-Bizard.

The Paul Gérin-Lajoie foundation’s mission is to promote children’s education and adult literacy in the French-speaking world’s poorest countries. The foundation works to raise awareness of international realities among young Canadians. In Quebec, the foundation is best known for the Dictée P.G.L. Elsewhere, it is primarily recognized for its sponsorship programs, its Éducateurs sans frontières project, and its schools.

Druide informatique produces and markets Antidote, the most complete writing assistance software suite available for English and French, as well as Typing Pal, the renowned typing tutorial application. The company is also the creator of WebElixir, a quality assurance service for websites. In addition to its software, Druide publishes French-language literature and reference works through its subsidiary, Éditions Druide

In the name of everyone at Druide, I enthusiastically invite you to our annual golf classic, held at the prestigious Saint-Raphaël club on l’Île-Bizard. For the ninth consecutive year, this marvellous event will bring together influential members of the business community. You’ll make new connections and, naturally, have a good time.

I am calling upon your sense of celebration as well as your generosity: by participating in Druide’s Classic, you directly support the Paul Gérin-Lajoie foundation, contributing to children’s education and adult literacy in the French-speaking world’s poorest countries. The foundation needs our help now more than ever to pursue its mission of profoundly changing the daily lives of millions of young people across Africa and Haiti.

The registration form will be available here, on this page, as of next April.

I hope that you can join us for this day of enjoyment, friendship and sharing. Allow me to take this opportunity to extend my warmest regards.