Founded in 1993, Druide informatique is a Quebec-based company that specializes in developing and marketing writing assistance software. Its subsidiary, Éditions Druide, publishes French-language works of fiction, non-fiction, children’s literature and reference. The group's permanent team of more than 80 employees is complemented by a large network of contributors and partners.

Druide’s research and development team has been pushing the boundaries of writing assistance software. Their main creation is Antidote, hailed as the number-one writing assistance tool across the French-speaking world, enjoying commercial success across North America and Europe. Druide has also applied Antidote’s technology to the Web with WebElixir: a quality assurance service that scans websites to detect errors in French and English, flag broken links and identify all changes. More recently, Druide has taken over the development of Typing Pal, one of the foremost typing tutorial software applications in both French and English.

Under the direction of Luc Roberge and Anne-Marie Villeneuve, Éditions Druide shares its vast experience with authors and readers alike, publishing diverse works of high quality. Its publications enjoy first-rate visibility in bookstores and media outlets, as well as an enviable reputation stemming from their enthusiastic reception. Thanks to its wide network of contributors, Éditions Druide is able to maintain its pace of development without sacrificing professionalism. In its catalogue, readers will find the best material from Quebec authors: diverse, distinctive, daring. There are novels, short stories, essays, children’s literature and dictionaries, including Le Grand Druide des synonymes et des antonymes and Le Petit Druide des synonymes et des antonymes, together selling over 150,000 copies.

Druide’s marketing team has a reputation for exceptional dynamism. Nearly half of its 40 members work directly with clients. Druide markets all of its products and distributes them independently across French-speaking Canada. In addition to its software, which includes the renowned typing tutorial application Typing Pal, Druide distributes all its books published in paper format. It further distinguishes itself by participating in an impressive number of events, including numerous in-store presentations. Thanks to Antidote’s success, Druide is especially well placed in corporate, institutional and educational markets. What’s more, it benefits from solid distribution partnerships for its products in Europe and the United States. 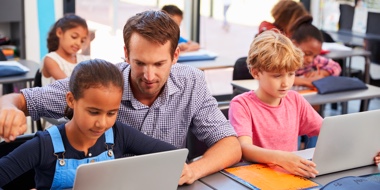 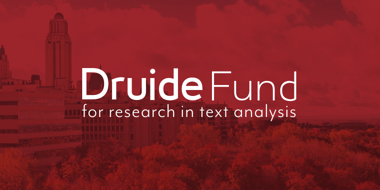