For every ten copies of Antidote sold at retail, Druide gives Antidote to a school. 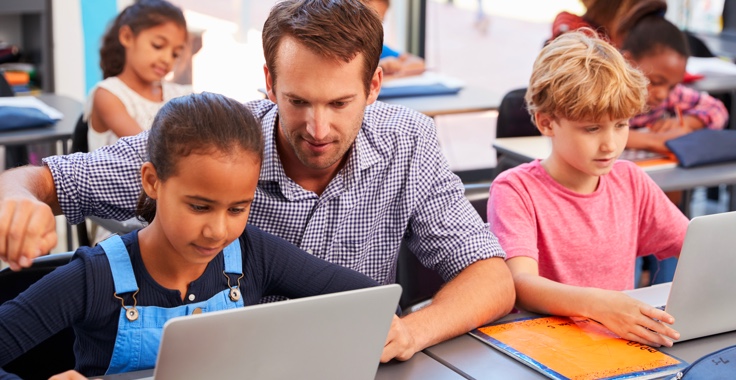 What does this commitment mean in real terms? Here it is in a nutshell: if, for example, 50,000 copies of Antidote 10 are sold at retail in a participating country, schools in that country get to install Antidote free of charge on 5000 computers. The people who buy Antidote 9 are the ones who decide by voting which schools benefit. Currently the participating countries are Canada and Belgium.

1036 Schools Get Antidote for Christmas

[Laval, November 27, 2019] - Just in time for Christmas, 1036 schools will be receiving a free license allowing them to install Antidote, Druide informatique’s flagship writing assistance software, on ten computers. Druide made the announcement as part of the GRICS’s annual conference, a network that brings together all of Quebec’s school boards in order to help them meet their information technology needs.

Druide has promised to donate a copy of Antidote to a school for every ten copies of Antidote sold at retail in Canada and Belgium. The purchasers of Antidote get to choose the winners by voting for the school of their choice. And many voted; no less than 100,932 of them judged that their school of choice could make good use of Antidote’s educational potential.

Quebec is home to the majority of the lucky schools. Since Antidote’s first edition appeared in 1996, a total of 3799 schools have shared the privilege of installing Antidote on 42,591 computers. This represents more than 4.25 million dollars in software and maintenance handed out to educational institutions.

Druide is pleased to collaborate with its clients in contributing to the task of teaching and improving the quality of the French language. Antidote is able to provide a valuable service to students, young and old. Its extensive resources for writing in French, primarily designed for the business world, are easy to use and accessible to everyone.

Made up of an advanced corrector, numerous dictionaries, and language guides, Antidote interacts directly with major word processing and email programs on Windows, Mac, and Linux. Launched last year, Antidote 10 includes more than 120 new features for English and French, including more than 2.5 million translations of words and expressions for its bilingual version.

For every ten single-user copies of Antidote 10 sold at retail in a participating country, Druide informatique inc. (“Druide”) pledges to donate Antidote to one School (as this expression is defined in section 2). The donation is made to the Schools that receive the most votes, according to the allocation rules set out below.

The Antidote donation program for schools currently applies to Canada, France and Belgium.

Any person (including legal persons such as companies or organizations) that purchases a single-user copy of Antidote 10 at retail may vote.

Votes may be cast in favour of any educational institution from a participating country recognized by the ministry of education in its jurisdiction (a “School”).

Exercising the right to vote

The right to vote can be exercised via www.antidote.info once an activation code for Antidote 10 has been obtained.

Votes will be counted on the launch date of Antidote 10’s successor edition (which, for these purposes, will be called Antidote 11).

Antidote is donated in blocks of ten, in the form of one licence allowing Antidote to be installed on ten computers in the same School (“Free Licence”). For example, if 50,000 single-user copies of Antidote are sold at retail in Canada, 500 Canadian Schools will receive a Free Licence, granting them the shared ability to install Antidote on 5000 computers.

The Schools that have received the highest number of votes will be the recipients of a Free Licence. If two or more Schools have the same number of votes, their place in the ranking will be determined according to the date of the first vote cast in their favour.

Druide provides Free Licences to the recipient Schools within twenty-four (24) months following the launch of Antidote 11.