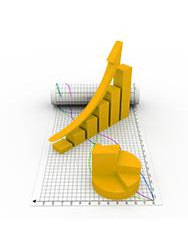 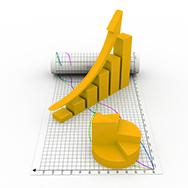 On the occasion of its 20-year anniversary, Druide informatique announces a 14% increase in revenues for 2012, bringing their figure to 9.7 million Canadian dollars. This represents a new record for the Quebec company, whose sales have increased for the 13th consecutive year.

In fact, Druide’s revenues have seen near-constant increases since the launch of its flagship software Antidote, having grown by an average of 31% each year. The only slight dip was in 1999, a result of general uncertainty surrounding the millennium bug.

“We have been making continuous profits since 1997,” confirms André d’Orsonnens, Druide’s Chairman of the Board and CEO. “This has allowed us to invest significantly in pursuit of our mission: to occupy the global forefront of French-language writing assistance software.” With this objective in mind, Druide made its first acquisition last summer, taking over all the assets of Typing Pal, the renowned typing tutorial software developed by De Marque.

Éric Brunelle, president of Druide and Antidote’s principal architect, recalls the milestones that have marked the company’s progress. “The idea was simple: harness the power of computers in service of the French language. Using a sophisticated analyzer, meticulously developed over our earliest years, we conceived innovative multi-sentence technology that analyzes entire texts very quickly and in a single operation. We also developed the Prism system that examines texts from all angles, such as style and logic, and Anti-Oops! technology to vigilantly monitor emails. The power of Antidote’s analysis has allowed us to gradually create unique and innovative dictionaries—definitions, synonyms, word combinations, etymology and semantic fields—all seamlessly integrated with the corrector, today used by more than half a million people.”

With the arrival of the internet and the richness of its text-based resources, Druide decided to use Antidote’s analysis technology to create WebElixir, an Octas award-winning quality-assurance service for websites. The sensational arrival of the smartphone inspired the creation of Antidote Mobile and Antidote Ardoise, made for Apple’s iPhone and iPad respectively. Both applications have helped to boost Antidote’s status, with international sales accounting for more than 80% of the total. The Office québécois de la langue française has also recognized Druide’s contribution to the promotion of French internationally, presenting the company with a merit award.

Most recently, Druide has embarked on a new path by founding a subsidiary company that specializes in the publication of literature and reference works. “After our success in helping people who write in French, we wanted to invest in the creative process itself by founding Éditions Druide,” said Mr. d’Orsonnens. “Our authors’ creations will add to the rich tapestry of the French language.”

Druide also used the occasion of its anniversary to unveil a new website (www.druide.com), a place to showcase all of its achievements.

Its passion for innovation, its coherent approach and the quality of its partners have ensured solid growth for Druide and earned it an enviable position in the market. “We extend our warmest thanks to everyone who has supported us over the last 20 years, and we promise to keep surprising you,” conclude Mr. Brunelle and Mr. d’Orsonnens.

Druide informatique has been developing and marketing Antidote since 1996. Winner of two Octas awards—for technological innovation and for success in business—Antidote is currently used by over half a million people across the French-speaking world on Windows, Mac, Linux, iPhone and iPad. Druide is also a thriving distributor on the Canadian market: aside from its software, it distributes books from Éditions Druide, a subsidiary whose mission is the publication of literature and reference works.