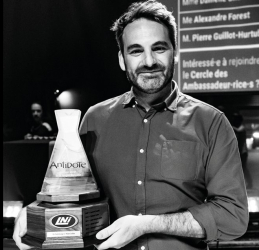 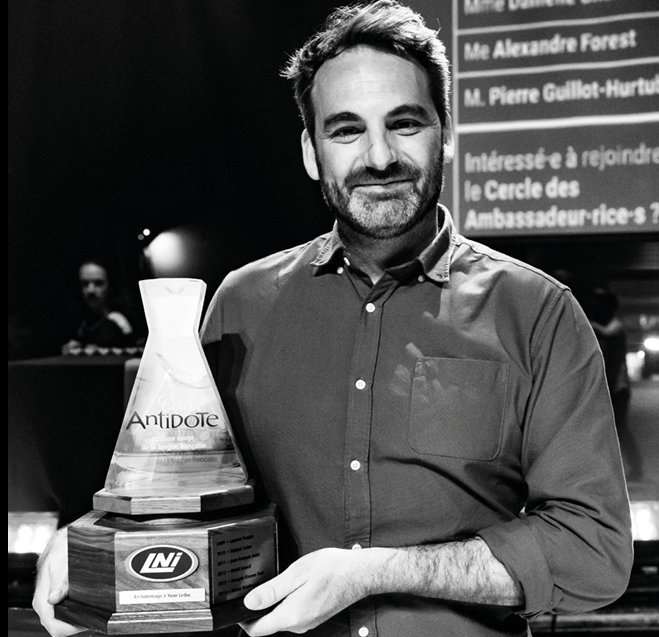 Mathieu Lepage was awarded the Antidote Cup during the fundraising event Le Choc des Titans, at Club Soda on May 17, 2022, for his performances in the 2022 season. The Antidote Cup, sponsored by Druide informatique, is awarded to participants for the quality of their French in the improv matches organized by the Théâtre de la Ligue nationale d’improvisation (LNI).

The Antidote Cup was established in honour of Yvon Leduc, the cofounder of the LNI and a passionate advocate for the French language, who inspired generations of improv artists across the French-speaking world. After each match, an Antidote Star is awarded to the player judged to have used the best French. The player who receives the most Stars throughout the season wins the Cup. Lepage was awarded the Antidote star for three of his six regular season matches.

The Théâtre de la Ligue nationale d’improvisation, both a lab and a leading light for Québécois theatre, is dedicated to producing, broadcasting and promoting improv shows. In addition to putting on the Saison de la Coupe Charade matches, tours and other productions, the LNI offers workshops, classes and performances for schools and companies, reaching almost 50,000 people every year.

Druide informatique produces and markets Antidote, the most comprehensive writing assistance software suite available for English and French, as well as Typing Pal, the renowned typing tutorial application. The company is also the creator of WebElixir, a quality assurance service for websites. In addition to its software, Druide publishes French-language literature and reference works through its subsidiary, Éditions Druide.