Antidote Celebrates Its 20th Anniversary With One Million Users 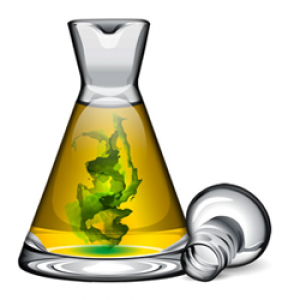 Antidote, the renowned writing assistance software from Druide informatique, is celebrating its 20-year anniversary in good company, having passed the threshold of one million registered users. With this dual milestone, Druide is announcing two significant donations in the fields of research and education.

20 Years of Innovation
Since it launched on November 26, 1996, Antidote has undergone 20 years of continuous technological and linguistic evolution. From its beginnings as a sentence-by-sentence corrector accompanied by two dictionaries and a grammar guide, Antidote’s features have never stopped growing. Today they include a multi-sentence corrector with smart filters, multiple dictionaries with extensive search capabilities, as well as detailed language guides. With the software’s 9th edition, released last year, Antidote has doubled the breadth of all these resources by recreating them for the English language.

Originally available on Windows and Macintosh, Antidote has expanded its reach, first extending to Linux, then to the iPhone and iPad. It has also multiplied its compatibility with writing software, from traditional word processors to email programs that benefit from Anti-Oops! TM technology. Multi-user versions have been created to meet the needs of large organizations, meaning Antidote is now as prevalent in professional settings as in private ones. In addition to its natural markets of Quebec and Canada, Antidote has gained a dominant position in France, Belgium and Switzerland. All of this progress has allowed Antidote to grow its base of registered users from 115,000 in 2006 to 1.1 million in 2016, making it the most widely used software of its kind in the French-speaking world.

One Million Dollars for University of Montreal
Today, Druide is celebrating 20 years of Antidote with the creation of the Druide Fund for research in text analysis. The Druide Fund will provide one million dollars over five years to Professor Yoshua Bengio’s MILA laboratory at University of Montreal, aiming to develop research into deep learning applied to automatic text analysis. Druide’s goal is to facilitate the study of major applications for this revolutionary technology, particularly suited to such a data-rich field as text.

Antidote Donation Program for Schools
Furthermore, since the first edition of Antidote was launched, Druide made an unconventional commitment to the education sector: for every ten copies of Antidote sold at retail, Druide would provide one copy to a school chosen by its users. After 20 years of this program and 9182 copies given out this year, 3745 schools have collectively received a donation worth 3.4 million dollars in total.

Druide is proud of these contributions to progress in research and education. Harnessing the passion of its experienced team, the company intends to continue pushing the boundaries of writing assistance software to the benefit of as many people as possible.

Druide informatique produces and markets Antidote, the most complete writing assistance software suite available for English and French, as well as Typing Pal, the renowned typing tutorial application. Druide is also the creator of WebElixir, a quality assurance service for websites, while its subsidiary, Éditions Druide, publishes French-language literature and reference works.